I posted a big EMUUROM status update devlog exactly one year ago, so let's celebrate its anniversary with a new one! Before getting to the good stuff, let's get the obvious things out of the way first: 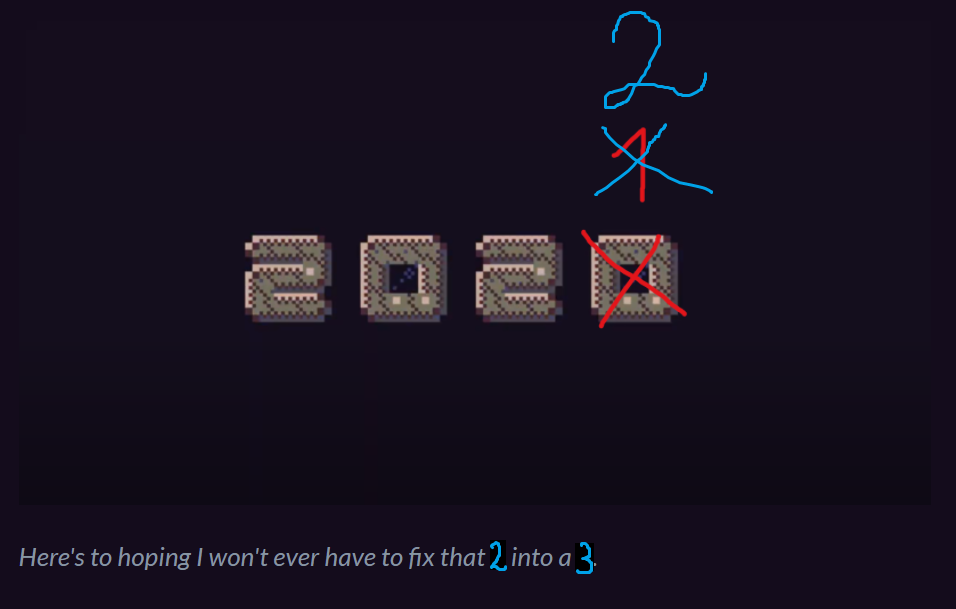 Yeah, there's not much year left any more, and there's just no way I'd rush the game into a state I'd regret releasing later. So, 2022 is the year of EMUUROM! I can't promise a release date just yet, but let's say: the game will be out in the first half of the year.

Why 2021 wasn't the year of EMUUROM, except it was

During this year, I've learned a bittersweet truth: as the release draws nearer, extragamedevicular activities start taking a bigger and bigger chunk of the little developer's time: building webpages, making a presskit, editing trailers, creating the Steam page, contacting content creators... in other words, marketing! As much as I'd like to just make-underscore-game-dot-exe, I'm gonna have to work on the annoying yet all the more important promotion stuff, if I'm ever wanting to live off making games... and yes, I do want that.

So, I dabbled with all those activities mentioned above, and also polished the demo for Steam Next Fest, an event for showcasing upcoming games. Participating in the Next Fest was definitely worth it: EMUUROM garnered over 1,000 wishlists (!) and I gained some foothold on the Steam platform. Psst, the easiest thing you can do right now to help the development of EMUUROM and its eventual sequels is to go wishlist it yourself!

With a Steam page, EMUUROM sure feels now more like a "real" game now

So it was all marketing then? Don't get me wrong, the game itself did take huge leaps towards completion this year as well. November was by far my most productive dev month since ever. Better still, the game's going to get even closer to completion before the end of the year. How does he do it, you ask? Let me get you in on my secret...

Since July, I've been trying to have an unpaid sabbatical from my day job as a programmer to work on EMUUROM full time.  But, as work things usually go, it's not that simple to just have time off when I'd want to. My work project needed me as a programmer, after all. After a few months, however, the necessary arrangements were made, and the project finally got a replacement programmer at the end of October. This means I've been working on EMUUROM and EMUUROM only for the duration of November, and will continue doing so until the end of the year!

I figured I could easily take two months off my job without my economy collapsing, but this isn't exactly sustainable in a long term. So, to fund the development, I've applied for a grant - TWICE! And failed - ONCE! Next February, I'll know if the second time was the charm. For the sequels, I might look into alternate sources of income, like Patreon or Itch.io's own 'Sales with a goal' feature. Time will tell...!

Why I got so much done in November

Just having a two months' unpaid sabbatical for development isn't exactly enough to actually get things done - if I wanted to maximize my output, I also needed focus. For that, I created a system. I will now describe that system in detail, so if that makes you yawn, jump into the next section!

First off, I moved the whole project to a git repository instead of using Google Drive daily and only using git for occasional backups. You know, like in real-world software projects. I also separated the game into multiple lua files instead of just one huge-ass emuurom.lua as it was now possible to do so in TIC-80. Then, I started using Github issues as my todo list, instead of my previous method of lets just use a todo.txt file lol. It was a huge change for me, but it's nothing groundbreaking if you're already working with the tools of this century....

After the new project structure was in place, I wanted to plan my work hours. I started using a web app, Clockify, as my timer. It didn't add much overhead because it appeared as a "start timer" button on the Github issue webpage - press the button and it starts tracking time for the issue you're working on.  This basically eradicated my tendency for procrastination: either I'm actually working on something, or on a pause, but never on the hazy doomscrolly in-between state. Not only that - because of this tool I now finally have an idea how long does it take to develop certain features. One important step towards professional game development!

The first week of November in Clockify.

Still, this wasn't enough to make sure I'd get the game done: in gamedev it's so easy to work on unimportant features and feel like you're making progress, except you're really not. To overcome this and have a sense of direction, I now have a "meeting" with myself at the start of every week. I'd create a new Github project kanban board thingy for the week, and cherry-pick old issues and create new ones for the things I'd want to get done by the end of the week. Even if I'd miss some of my weekly goals, it's fine - I'd make progress on the stuff that absolutely 100% has to be done before release, not on some silly animations that show up for 0.1% of players but are so so fun to work on.

I will make the silly animations one day, but now is not the time for that!

For November, I had the goal of completing the next biome of NEVA, which was basically just a sketch at the start of the month. I'm glad to announce that Nevamber was a success: the area is done. It has new puzzles, new EMUUROM, new puns, and finally features a flower I've had lurking in my code since October of 2018. And I thought this was going to be a tiny project, one year tops... 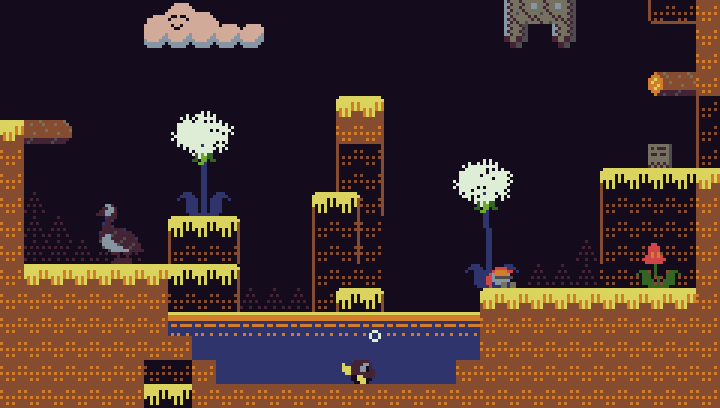 And now for the news: I'll upload soon a new beta version 0.4.0 NEVAMBER to Disborb! Not only that, but the demo version will be updated this year as well: I got recently informed that it's impossible to 100% it in its current state, so I need to address it asap. I'll simultaneously aim to add a new feature to the end of the demo; currently, it ends a bit too abruptly. Let's change that! Oh, and almost forgot: there's a Japanese translation on its way. Maybe I'll get it featured in the demo this year as well....

In the image above you see what EMUULEHTO, the world of EMUUROM, looks like now. Out of the 64 rooms, 35 are now done, so roomwise I've finally jumped past the magical halfway point. (Codewise I've probably been there for a long time.) I just checked that I mentioned in the last year's status update blog post that I had 22 rooms done. Hm. Please don't apply a linear extrapolation to these two data points to deduce how long it's going to take to reach 64... I promise, it's going to be faster than that.........

For December, my big goal is to complete the next biome after NEVA, which is called HARJU. My biggest obstacle here was coming up with a catchy pun for the month - Decembarju wasn't punchy enough so I went with archaic Swedish instead: it's Harjulmånad. If Harjulmånad goes as planned, I have ~46 rooms done by the end of December, and by then there's just the final biome left, plus some endgame stuff. I have to return to my day job in January, so it'll slow things down for sure - but luckily, because my next work project isn't strictly programming, my experience tells that my gamedev productivity won't plummet, at least not as much as it would on a programming project.

So here we are, at the end of 2021's status update. I have said everything I wanted to, so here's to 2022, the year of EMUUROM. Before too long, you will get to enter the entire ecosystem.

Nice to see that this is still going to happen.

Way better than that one guy with many interesting prjects on here that he jsut ditched half finished with an indefinite hiatus :-(

working on EMUUROM as we speak! i should probably write a new devlog about its current state...

You've got a lot of commitment. It is also cool to learn about the back behind the scenes :)